In Florida, we are all-too-familiar with Hurricanes and the damage that they can bring. Unfortunately, Florida is not the only place that has to deal with these forces of mother nature. Many other parts of the world have similar tropical seasons that bring dangerous weather and storms to other parts of the world. While we classify these storms as hurricanes, those that form in the Indian and South Pacific oceans are called Cyclones. 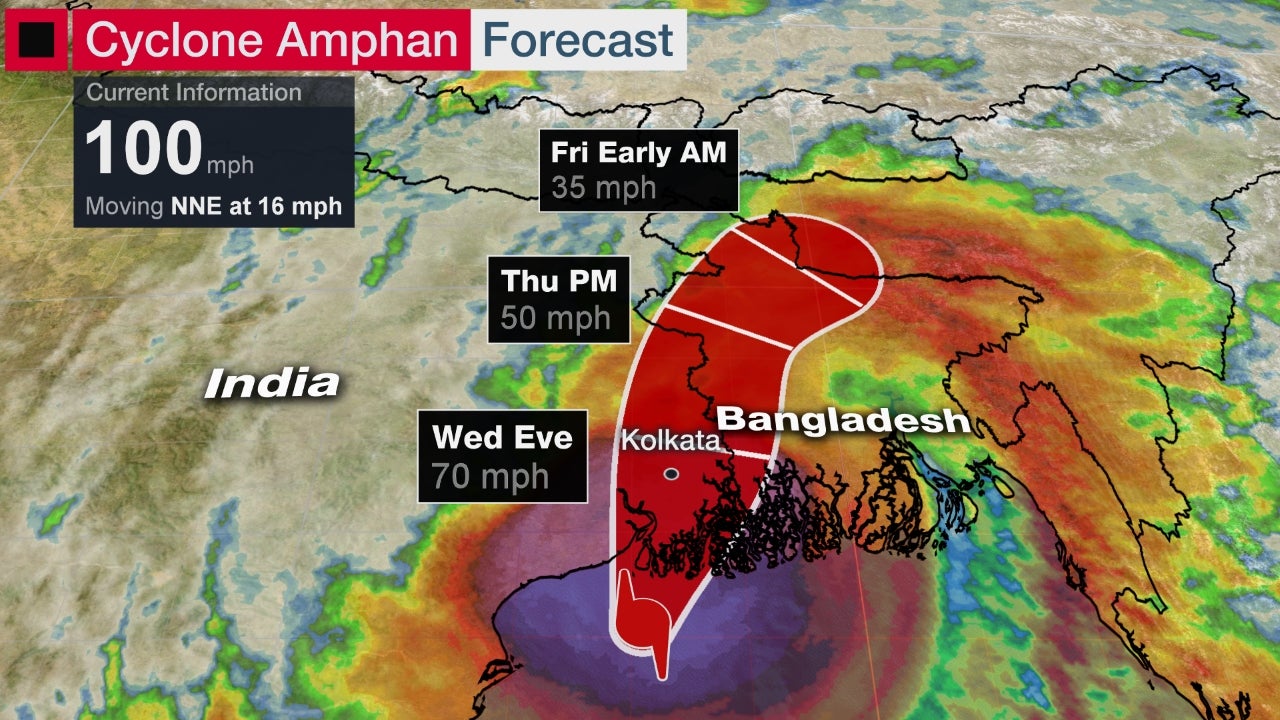 What should I know about Super Cyclone Amphan?

1. Amphan has reached the equivalent of a Category-5 hurricane on Monday.

This is according to the Saffir-Simpson Hurricane Wind Scale.

2. The storm formed over the south-east of the Bay of Bengal on Saturday, May 16th.

“It was designated Tropical Cyclone 01B. Overnight, it quickly strengthened to hurricane force,” NASA said.

3. Upon landfall, Amphan is expected to have wind speeds of 115 mph.

This would make the cyclone a Category 3 on the Saffir-Simpson Scale.

4. The storm is expected to bring dangerous winds, storm surge and flooding to coastal areas of West Bengal in India and Bangladesh.

There are warnings of storm surges of 15-feet or more in low-lying areas near and just east of Amphan’s landfall location.

The name was given by Thailand in 2004, years ago.

Fani was also an extreme cyclone with sustained winds reaching speeds of 135 mph.

7. Monsoon Season begins in late May and usually lasts until September, much like our hurricane season.

Although Monsoon Season hasn’t officially begun, India, Bangladesh and surrounding areas are dealing with earlier storms. Amphan is the second pre-monsoon storm in the past 2-years.

Are you prepared when the first Hurricane hits?

Let us inspect your roof for free & we will protect your investment from the storms!