Monocrystalline
Generally considered the workhorses of the solar power market, these are made from cells created by cutting thin slices from the single crystal silicon block and are higher in efficiency but also higher in cost per watt. These are easily identifiable, made up of uniformly stacked rounded cells. Because they’re made from just one crystal, not multiple crystals fused together, the process of making them is one of the most complex and costly ones around.

Polycrystalline
These are made from cells created by cutting thin slices from polycrystal silicon block and are slightly lower in efficiency, but also lower in cost per watt. Polycrystal silicon is the “chicken nugget” of silicon, made by combining many individual crystals. They are easy to spot because they have an uneven color, usually blue.

Thin Film
These are made by depositing a thin layer of very finely powdered silicon (amorphous silicon) or other photovoltaic material, on a substrate. While lower in efficiency than crystalline cells, they are considerably cheaper per watt. The downside is that they take up more space per watt. They are perfect for roof mounted systems as they are incredibly strong, have superb wind uplift and produce power even in undesirable conditions. 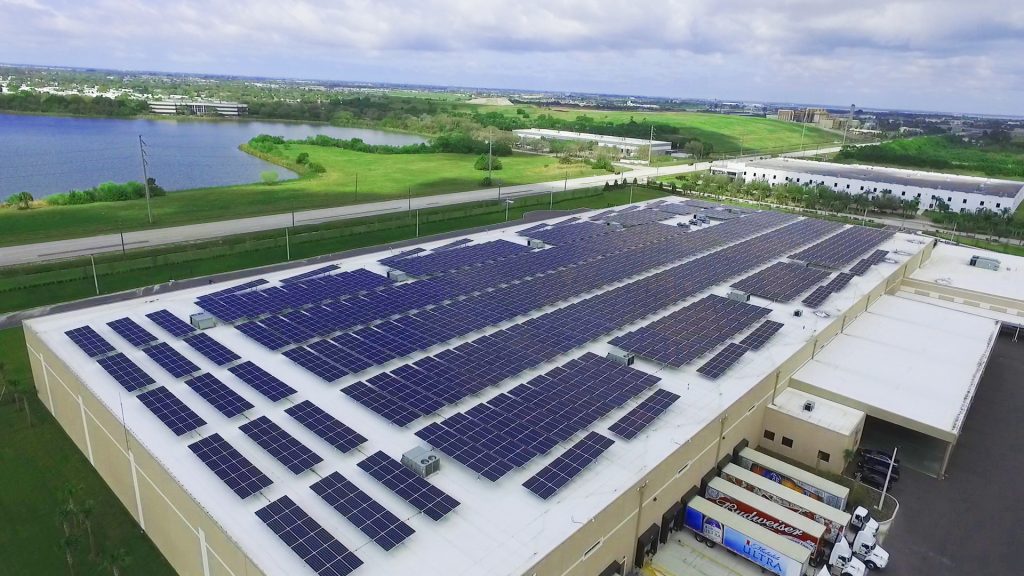